(Not So) "Great Expectations!" 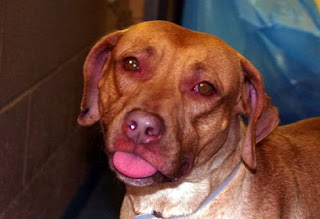 One of the things that has always irked me in animal adoptions are those people who call saying they want a cat or dog "to teach my son or daughter responsibility."

Now, I don't want to entirely dismiss the idea of children accepting some responsibility for caring for the family pet.

However, the reality is that children learn "responsibility" generally by observing it in their parents, as opposed to simply being given orders and directives.

The future for those pets whose "child owners" are expected to consistently clean litter boxes or rush home from after-school activities to "walk the dog" is usually grim.

When my daughter, Tara was a child and teenager, I was very grateful for any time she offered to help me with caring for our rescued animals. If I was really lucky and the weather was generally pleasant, sometimes Tara would even walk the family dogs in the park on weekends!

This is not to imply that Tara was in any way, "irresponsible." -- Not at all!

On the contrary, she was simply a very busy kid with many things on her plate. Primary among Tara's priorities was doing well in school.

Today, my daughter is happily married and is an extremely loving and responsible caregiver to the couple's Mastiff dog and 13-year-old cat.

I bring all this up, because last night I went to the shelter to pick up a young, very loving, hound-mix type dog who was on yesterday's Euthanasia List (the dog developed Kennel Cough while in the shelter.)

"Bello" was dropped off at the pound about a week ago by a Father who claimed, "Teenage son is not being responsible for the dog."

Well, dahh!! Teenagers are NOT responsible for family pets! The PARENTS are!

Bello is a very affectionate, responsive 2-year-old dog, who, while understanding some basic commands like "sit" seems not to have had much leash training.

Bello pulls strongly on the lead, but nevertheless, is a very endearing animal -- eager to please and offers his paw for "handshakes."

Well, can we realistically expect teenagers to know how to properly train dogs to walk calmly on the leash? Are children expected to be born, "Cesar Millans?"

The reason I decided to "pull" Bello from the Euth list was because he was one of those rare dogs to actually have a "profile" (i.e. history information) from the past owner.

Bello's profile was extremely encouraging, including information that he is "good with cats."

While it is always good to learn a dog has lived with and is "good with kids" and "other dogs," the "good with cats" is like gold!.

It seems that at least 50% or higher of the people who call us to adopt dogs have at least one cat in the home.

Generally, I am very reluctant to place dogs into homes with cats (unless the dog is very small) if I don't have information on how the dog might behave around cats. Sadly, some dogs (including those friendly with humans and other dogs) can be very aggressive around and potentially kill a cat.

If we know a dog is good with cats, s/he is a dog we can almost always place reasonably quickly (assuming the dog doesn't have other major issues).

I was very fortunate, in Bello's case, to have a foster home lined up for him.

"Yvonne" is a young woman living at home with her family (two older brothers and Father) who called seeking to save a loving, family dog.

Yvonne was very flexible in her "requirements," the only one being that the dog could not be a Pitbull because of building restrictions on the breed.

Although Bello appears to have some "Pit" in him, his body and ears are more like those of a hound.

I am hopeful that the family won't run into problems with Bello due to the little Pitbull he may have in him.

Yvonne and one of her brothers met me at the shelter last evening to see Bello and very fortunately for both me and the dog, they liked him -- as the "Heinz 57" mutt responded very well to them.

After providing the couple with a good harness and leash for Bello, they took him home in their SUV.

It is so far, a good outcome for a dog who arrived at the pound as still one more victim of many people's unrealistic and (not so) great expectations and demands put on their children.

If you want your kids to be "responsible" then you SHOW them, you don't order and tell! -- PCA