*Summer* in the City 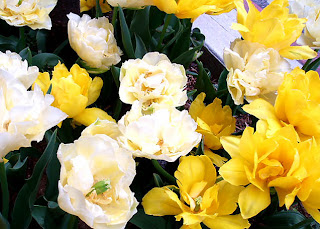 Quite a heat wave in NY the past couple of days....like 90 degrees kind of heat.

The sudden onset of *summer* during what has been a pretty cool and rainy spring puts one a little off balance as the body isn't yet used to the higher temperatures.

But, mostly what has put me off over the past couple of days, is the transformation of Central Park into Times Square and city sidewalks being turned into bicycle paths. One has to literally look both ways when walking on the sidewalk or risk being run over by a bike -- or a jogger!

In fact, it was funny yesterday, to witness a jogger yelling at a cyclist ("Jesus Christ!!"). And no, that wasn't in the park. That was on the sidewalk right up the block from me. They have taken over the entire city!

Upper East Side Manhattan is suddenly like the wild west. Any day now, the cyclists and joggers will be wielding guns at each other!

None of this is of course great news for dog or cat adoptions. With everyone either at the parks, beaches or embarking on "turf wars" over whether the joggers or cyclists rule the sidewalks (ordinary pedestrians don't count), animal adoption queeries have fallen to zero.

Of course, considering our "luck" this past week with a so-called "adopter" and "foster" (both of whom returned the dogs within 3 days) that is probably not a bad thing. At least no one wasted our time over the past two days.

It is Monday morning now.

I expect (as the "Come Monday" entry details) to be busy today with phone calls.

They are, after all back on their (apparently boring) jobs and computers looking for cheap thrills and imaginary ("perfect") cats and dogs.

But, come the weekend, it will be back to the bikes and running shoes.